Notary activity is insured, and he is responsible to clients for his work, convince the supporters of the notary in its advantages. But is the notary himself protected? As it turned out, not always. The case when the client’s money was kept in a bank that later turned out to be bankrupt will be remembered for a long time by the notary public Vladislav Milevsky, who with varying degrees of success   quarrels with the Moscow notary chamber wishing to deprive him of his powers. T the year he proves that VTB 24 " had no right to write off money from his escrow account on the writ of execution. Prior to this, the Moscow City Court considered the bank’s actions lawful. But Milevsky decided again to try his luck and filed a new lawsuit against the bank, promising that this time   he has new arguments.

In April 2009, JSC “Holding Company” Major General Construction Management Center “Center” " sent to the deposit account of the Moscow notary Vladislav Milevsky 2,71   million   rub. for   transfer   to a client with whom, on the basis of a correspondence decision of the Lublin district court, the construction investment contract was terminated. But in October of the same year, the Lublin district court in an additional decision [to find it was not possible, the representatives of the parties declined to comment.} ] Satisfied the statement of the “Center” and ordered the notary to return the money. But then there was a problem   – money " Center " were kept on the account of a notary in CJSC AKB &”Interregional Investment Bank”; (" MIB "), which, in particular, was used by the   Moscow City Notary Chamber. And on November 19, 2009, the bank was revoked a license to conduct banking operations and appointed an interim administration, in February 2010 it was declared bankrupt and a bankruptcy proceeding was opened. Milevsky repeatedly appealed to " MIB " with the requirement to return money to “Center”, but only succeeded in including its claim for a return of 2.71 million rubles. in the third turn of the register of creditors. As assured " Right.Ru " representative of Milevsky Rashid Suleymanov, the notary has not received money yet. This is evidenced by   data   from the site " Deposit Insurance Agency &quot ;: debts are not repaid to creditors even the first stage.

So without waiting for the money back, " Center " in autumn 2011, unsuccessfully   tried   in Tagansky District Court, and then   Moscow City Court   recover from Milevsky interest (373270 rubles) for using other people’s money. Judge Dmitriy Grishin   (now working in the Moscow City Court) found that Milevsky “took all measures to return the plaintiff 2.71 million rubles,” his fault is in arrears, and evidence that he used money   – no. Then " Center " has addressed with the executive sheet on recovery from Milevsky 2,71 million rubles. in “VTB 24”, where the notary had an account. On the basis of the writ of execution on January 18, 2012, the bank wrote off the money from the notary.

This was the reason for a new trial: in January 2013 Milevsky in “Meshchansky district court demanded to recognize the actions of” VTB 24 ” illegal and recover written-off money. Judge   Galina Buzunova   on April 24, 2013 his suit of notary   satisfied   completely. She agreed with the notary’s arguments that the money in the escrow account is not his income (art. 23 “Fundamentals of legislation on notaries”), and also cited art. 88 of the Fundamentals by which the return of money and securities to the person who deposited them is allowed only with the written consent of the person in whose favor the contribution is made or by a court decision, unless otherwise provided by the Federal Law “On the specifics of the regulation of certain legal relationships in connection with accession to the subject of the Russian Federation   – the city of federal significance of Moscow territories and on the introduction of amendments to certain legislative acts of the Russian Federation “. However, the decision failed to stand in the Moscow City Court, which on August 28, 2013 (Marina Gornova,   Elena Federiakina,   Lyudmila Bykovskaya) decided that VTB 24 " was right, since he had no reason to ignore the writ of execution. They agreed with the bank’s arguments that the court’s decisions are binding, and the bank account agreement provides for an uncontested / direct debit of funds from the account of a notary without its order in cases stipulated by law, banking rules and a bank account agreement.

But the story did not end. In April, Milevsky again appealed to the court, but this time in Tagansky (2-2482 / 2015) with the requirement to recognize the actions of the “Center” and " VTB 24 " illegal, obligation to return money. Yesterday at the meeting he rejected the petition to stop the proceedings, which was stated by a lawyer from “VTB 24” [to introduce himself refused to “ aut. ],” citing the fact that in the case before the Meshchansky and Moscow City courts had figured out. “On the basis of the claims I have, in fact, they coincide with the petty-bourgeois court, but the grounds are different. About four or five grounds, according to which I consider the bank’s actions illegal. They were not considered in the Meshchansky court “,   – he said incoherently. From his words it followed that this time he refers to the incorrectness of the writ of execution, according to which the bank wrote off the money from his account, and not simply proves that he did not have the right to do this. In the writ of execution, the place of work, patronymic name was incorrectly indicated, it did not directly contain a demand for recovery, but only a fact was established, he said.
The bailiff refused to initiate enforcement proceedings on this document, followed from Milevsky’s speech. In this regard, the notary wanted to wait for an answer from the Tagansky department of bailiffs   – from them he wants to receive the original, a certified copy or an extract from the decision to refuse to initiate an enforcement proceeding, in which he will be indicated for violations in the writ of execution. Lawyers from " VTB 24 " and " Center " They were against: there is a copy in the case, no one disputes its authenticity. A representative of the " Center " and was at all perplexed as to what this document had to do with the case. We ourselves could make a choice how to protect our violated rights: we decided not to appeal against the unlawful decision of the police officer, but directly to the credit institution, he said. “We do not at all understand why claims are brought against us”,   – the representative of the " Center " complained.

Judge   Sofya Prokhorova   denied " VTB 24 " in the termination of the case, but she added a response to the materials of the case. At the same time, she postponed the proceedings on the case, in order to still wait for a response from the bailiffs.

Interviewed " Right.Ru " experts, and the Federal Chamber of Notaries refer to the definition of the Supreme Court of the Russian Federation of May 15, 2012 No. N 5-B12-3 Review of the judicial practice of the Armed Forces for the second quarter of 2012, in which he pointed out that the money can not be recovered from the notary, that he took all measures to properly fulfill the obligations that were required of him at an appropriate level of diligence and discretion (with reference to paragraph 1 of article 401 of the Civil Code of the Russian Federation). Thus, if the innocence of the notary in the case in question is proved in court, the only person liable to the client will be a bankrupt bank. In this case, you can try to recover the customer’s funds from the bank in the order and priority set by the law “On insolvency (bankruptcy)”, “n &p; says Advisor to the Law Office “Line of Law”   Alexei Shmelev . This is agreed by the lawyer of the legal bureau “Padva and Epstein”   Ekaterina Shtykova , who says that in such a case, as a general rule, the bank is liable to the client as the damage to the client is caused by the actions of the bank. That is, in this case, in spite of the fact that the notary has not fulfilled his obligations, his fault is absent, provided that the notary performing the notarial acts acted with due diligence and diligence &quot ;,   – she says. The lawyer, the head of the group of the law firm " UST " in cases of bankruptcy, counselor of the Federal Chamber of Advocates of the Russian Federation, Vasily Raudin   says that “this position, of course, assumes a somewhat evaluative nature, but the general response is still given by the Supreme Court”.

At the same time, the FNP recognizes that deposit accounts, at which the notary keeps the money received from clients, are not insured at the moment. This is also said by the managing partner of the law firm “Prime ligue” Arik Shabanov : “The money contributed by the debtors to the notary deposit for transfer to the creditors   – individuals do not fall under the deposit insurance system, in spite of the fact that in the depositary account of a notary the funds to be transferred to individuals are accumulating. ” In the FNP only noted that they repeatedly raised the issue of the need to amend the law. 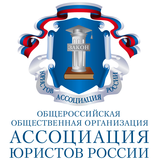 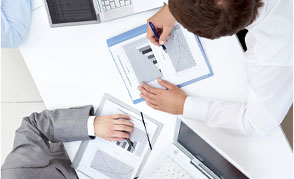 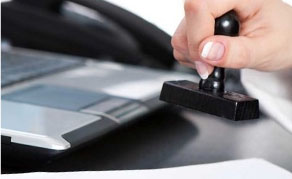 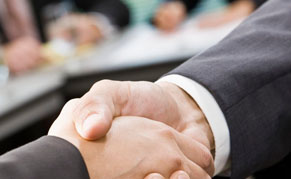